This History of Slots

Developed in 1891, Sittman and Pitt created the first slot gambling machine. The original design of the images was based on poker. When a player deposited a nickel, they would pull a lever. This set in motion a series of spinning drums and the poker “cards” they held. The better the poker hand, the higher the winnings.

At the time, machines did not payout winnings. Instead, somebody operating the device would provide the payouts for players. These payouts usually included things like free drinks or meals. Furthermore, the drums could be adjusted and rearranged to reduce or increase the odds of a player winning.

Inventor Charles Augustus Fey is credited with developing the first automatic payout slot machine. However, historians argue that the exact dates of this are unclear. They have, however, pinpointed its invention to sometime between 1887 and 1895.

The ranking of payouts could be changed, but conventionally, striking three bell symbols in a row rewarded a player with the highest payout. Hence, the slot was named the “Liberty Bell.”

It wasn’t for another eighty or so years until the next real change in slot machines came about. The first electromechanical slot, Money Honey, was released in 1964. For the first time, players did not have to pull a lever to play the slots. It also introduced the first bottomless hopper, allowing the machine to make payouts up to five-hundred coins.

Just over a decade later, in 1974, the first video slot was manufactured in California by the Las Vegas company Fortune Coin. They modified a nineteen-inch Sony television to display the slot games. It was then approved by the Nevada State Gaming Commission and became widely popular. The popularity of the video slot was the sole factor in pushing IGT to acquire Fortune Coin in 1978.

The boom of the internet in the 1990s changed the landscape of gambling in unprecedented ways. Suddenly, it was easier than ever to gamble. People could play at home by playing online poker, roulette, or blackjack. However, online slots were not added until later. Still, that didn’t stop them from becoming online casinos’ most played game.

At first, the game style remained the same: the old-fashioned bells, cherries, and clovers. But thanks to rapidly-improving computer programming, online slots could soon feature anything from space to western-themed and anything in between.

This online gaming boom led to the emergence of over 100 online slot developers, some having a small selection of games and others with over 500 distinct titles. Today, there are a few thousand different online slots companies and growing.

It’s important to sift through some of the better casinos and slot games using websites like john slots real money slots before committing your time and money to them. John Slots provides the most reliable information on hundreds of gaming companies. They thoroughly vet each company for their security practices, graphics, potential bonuses, and more.

As you can see, the landscape of slots has changed dramatically since 1891, and it’s exciting to wonder what’s next! 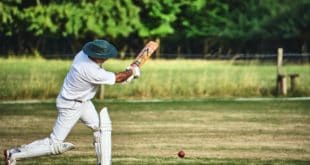 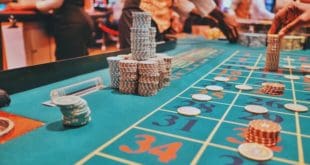 Everything You Wanted to Know About Shangri La Live