The Office-themed Clue Board Game 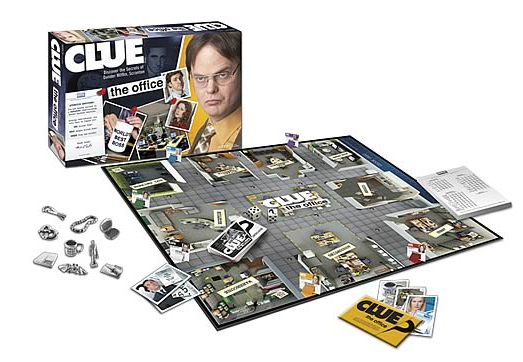 Niceties aside, this Office-themed Clue board game allows you to help Michael figure out who murdered Toby and with what office weapon. Sounds pretty hard. (That’s what she said)