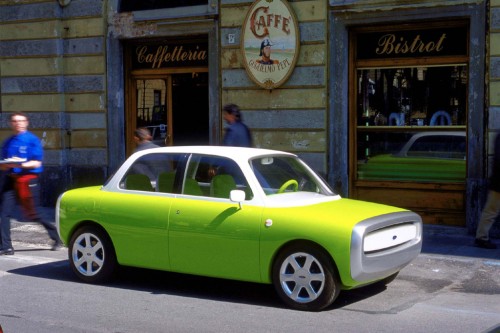 Ten years ago, this little bugger known as the 021c concept from Ford was unveiled. Universally despised, the car never made it to production due to the wild, radical design of Marc Newson, a furniture designer who had never worked on a car in his life. Sure, back in 1999, consumers weren’t ready for shit like this. But in today’s carefree world, I’m sure the 021c concept would do Ford some good.