The ‘Ban Skyrim’ Petition is too Ridiculous to be Real 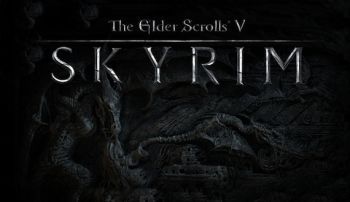 According to “Stephenson B.”, Bethesda’s newest title, “The Elder Scrolls: Skyrim” should be banned, and all current players should be prosecuted.

No, we’re serious. There’s actually a petition trying to get recognition by the US House of Representatives to ban Skyrim.

Whereas videogaming has proven to cause social, ethical and health problems in people of all ages, whereas sexual perversion and homosexuality are threatening to destroy the Christian foundations on which this nation was built, whereas a new video game has just been created that far exceeds any others in the psychological and spiritual damage it does to teens.” — Excerpt from the “Ban Skyrim” Petition

Of course, we think it’s most likely a troll, and a fairly poor one at that. There are games that contain far more controversial content than Skyrim, as well as “sexual perversion” and “social, ethical and health problems”. Seriously, if this were a legitimate petition, any Grand Theft Auto game would have been a much more likely target.

The petition currently has a little over 200 signatures. It needs 25,000 to even be considered by the US House of Representatives. We’re not holding our breath.