The Amazon Kindle Fire HD 2 Is Leaked In Pictures

According to website BGR.com pictures of the Amazon Kindle Fire HD 2 have been leaked and so far reception hasn’t been all that great! 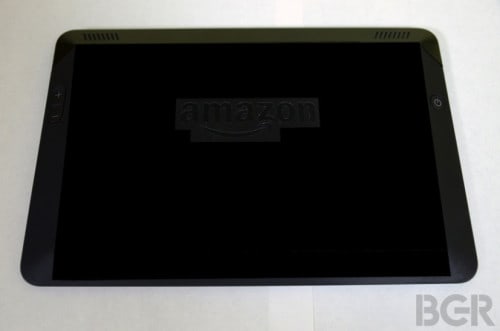 The newest Amazon Kindle Fire HD (the 2) has been leaked in images four over at BGR and it is being rumored that this tablet could see the light of day as soon as the end of this month! The images depict the 7″ tablet however, BGR sources believe that the 8.9″ tablet is close to identical in appearance to the 7″ option.

So what’s different about the new Kindle Fire HD?

– The overall appearance of the tablet is less rounded and more sharp.

– A redesign and repositioning of the buttons on the Kindle.

– The speakers on the Kindle have been relocated to the top of the unit.

Additionally, the 7″ Kindle Fire HD 2 is said to have the following features:

– A quad-core Qualcomm Snapdragon 800 chipset clocked at more than 2GHz.

According to reports the 7″ will be the first of the new HD Kindle Fire options on the market and the 8.9″ will follow sometime in November; however, these dates have yet to be confirmed.