If you’re a fan and follower of the Amazon Kindle then you’ll be interested to know that earlier today Amazon accidentally listed the next generation Paperwhite Kindle. The page has since been pulled down. 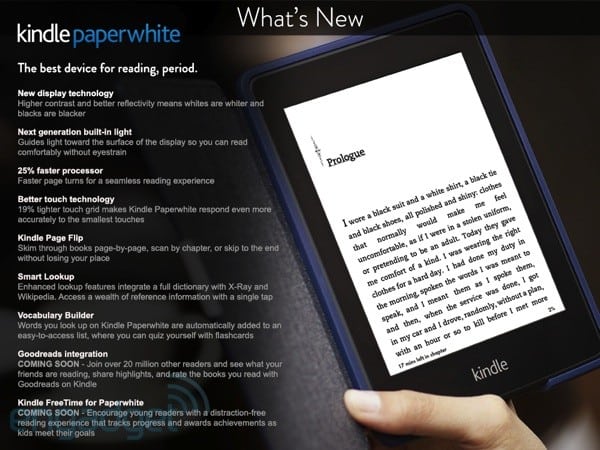 Earlier today, according to Engadget, Amazon posted a product page for their next generation Paperwhite Kindle, although the page was pulled down shortly afterwards. According to the new page, the new reader will have better contrast and lighting as well as a more responsive touch screen. A faster processor promises a faster unit and will also integrate GoodReads as well as the Kindle FreeTime system – a system designed to award young readers for reading achievement.

According to the listing earlier today, the new unit will be available for $119 as the WiFi model and $189 for the 3G version. The new units will be shipped starting September 30th and it is believed that there will also be an ad free WiFi version available for $139.