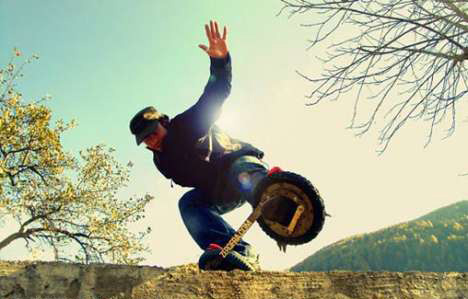 Combining surfing, snowboarding and skateboarding, designer Francesco Sommacal has come up with the mother of extreme sports. Winner of the 2007 Volvo Sportdesign Concept Award, the “360” is the all-in-one sports activity. Not to be confused with the Xbox 360, the 360’s ‘board’ has the users feet rest on a platform/slot in the center of the wheel as opposed to standing on a board carried by wheels or waves. This allows for a bigger impact on steering and jumping. No word on whether or not this great concept will make it to retail stores but one thing is for certain, the 360 is hot and I want one now.
Link (via)