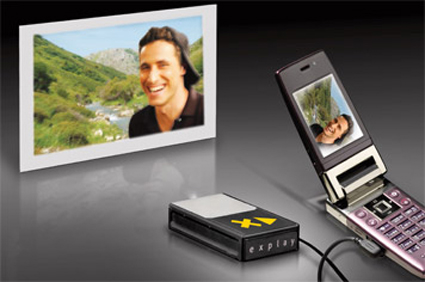 According to Van Scoter, he believes that by 2010, projectors will be as popular as built-in cameras. Some may even feature DLP technology to enhance the clarity of the movie being played. It’s really only a matter of time before hackers get a hold of some of these projection-enabled devices and use the projectors in another setting or homebrew device.