If you’ve been searching for yet another video on demand service (as if), then you’re in luck because Target has decided to join the Video On Demand market. 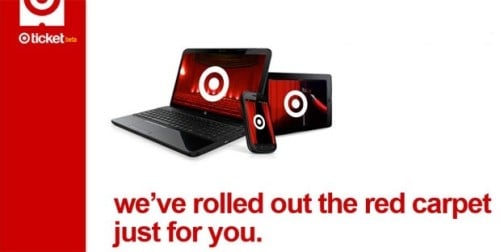 The new video on demand service from Target, named the “Target Ticket Service” will be structured much like the current Amazon on demand system but rumor has it that it won’t be as competitive in pricing with individual show episodes running at around $2.99 a piece. Entire seasons are estimated to cost around $34.99 and rentals are estimated to be between $3.99 and $4.99. Users will be given 30 days to activate their rental and 48 hours to watch it once it has been activated.

The Target Ticket Service is not yet open to the general public but it can be accessed by Redcard holders and employees and general access is expected soon enough. The service will also have an App for mobile users.

What can the Target service offer that others can’t? Rumor has it that they will be offering a few select titles ahead of DVD release but overall we don’t see much we can’t get cheaper on other media services. Only time will tell if Target has something additional up its sleeve for general release.