The field of psychology, particularly neuroscience, is constantly taking steps toward successfully being able to explain and model human behavior. That is the holy grail for everyone working in this field.

Lead neuroscientist at the University of Sheffield in the UK, Tony Prescott, says: “synthetic psychology is the idea that we can understand ourselves by building physical models of ourselves, in the form of robots.”

The first proponent of synthetic psychology was Italian-Austrian cyberneticist Valentino Braitenberg. In 1984, he put forward the theory that behaviour can be observed by creating simple ‘vehicles’ that follow rules. For example, you could design a ‘vehicle’ which is programmed to detect from which direction there is the strongest light source, and subsequently move in that direction.

Once your ‘vehicle’ is programmed with its preset behaviors, you can insert it into any environment to see how it would behave. For example, changing the strength and location of light sources would affect the movement of our vehicle in the example above.

This vehicle would appear to be exhibiting the behavior of ‘moving toward the nearest light source’, and is a very simple example of how we can use Braitenberg’s theory to explore human behavior via robotics.

As things become more complex, synthetic psychologists would design ‘vehicles’ or models with tens, hundreds or thousands of different preset variables for behavior before testing how it would react in a certain environment.

Of course, building entire models of human behavior is currently a task far too complicated for even the best synthetic psychologists to achieve. That is why we tend to focus on smaller wins, which means creating robotic models for specific parts of human behavior, such as a reaction to the feeling of fear.

How rodent studies contribute to robotics

A natural starting block for developing robotic models of human behaviour would be to look at rodents. This is because animal studies have helped us to learn a lot about the similarities between rodent and human brains. Many cerebral structures, including the hippocampus, exhibit similarities in appearance and function.

This fear conditioning chamber consists of electrified grid floor, a shock generator, a sound generator, and a video monitoring system. An ‘unpleasant stimulus’ would be delivered to the rodent – this would usually be a light, non-harmful shock to the feet.

When registered after an auditory cue, a rodent with a fully-functioning brain would be able to figure out the relationship between the two.

This is known as ‘classical conditioning’, and is a staple in the world of psychology. Rodents with effective associative learning skills will be able to ‘predict’ that the unpleasant stimulus will follow the auditory cues. A classic rodent response to the expectation of an unpleasant stimulus would be remaining motionless, so this is the behavior the psychologists would look for.

Once synthetic psychologists believe they have a hypothesis on the effect of these environmental influences on rodent behaviour, they would attempt to build a robot with the preset neural networks to do with associative learning and the fear response.

If the robot is able to exhibit a fear response when exposed to unpleasant stimuli and auditory cues, synthetic psychologists can be sure of their theories about how a rodent’s brain works in relation to its environment.

As you can imagine, synthetic psychologists are advancing the complexity of robots they can build.

In his interview, Tony Prescott also mentions one of the robots constructed at the University of Sheffield named ‘Shrewbot’. It is an animal-like robot with whiskers, which has been designed to explore the world and ‘think’ like a rodent.

The whiskers make contact with environmental stimuli, and allow scientists to learn more about how tactile experiences shape behavior.

Artificial intelligence and the future

Robots which replicate animal behavior are very useful in learning more about human behavior, especially if the animal in question shares large amounts of its brain structure with humans.

Robotics and related fields are often scrutinized with the school of thought that too much AI is going to have a negative impact on humans. Will robots be able to take our jobs, and cause other issues for us?

The truth is that synthetic psychologists and robotics experts are almost always conducting research with the benefit of humans in mind. Whether it be researching how a new drug may affect the human brain, learning more about humans through animal studies or attempting to have a clearer understanding of human emotion, all of this research is for our benefit.

Through the research of multiple animal brains, robotics experts have been able to create a robot named MiRo, which is able to behave similarly to a dog. Its primary use is for comforting disabled children.

The robot’s movement, empathetic actions and non-verbal communication closely resembles that of a dog.

It is for heartwarming cases like these which synthetic psychologists strive to create useful robotic representations of animal behavior. 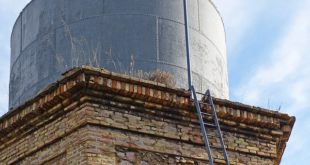 Getting the Best Out Of A Proper Water Tank Level Switch