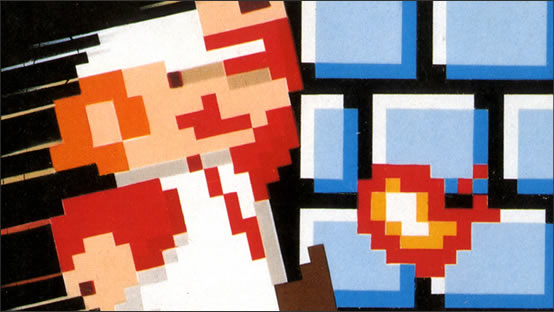 It’s-ah me, the birthday boy! It’s hard to believe but today marks the 25th anniversary of the debut of Mario and the gang. The design of Mario, originally planned as a carpenter named Jumpman, can really be accredited to the graphical limitations of the time. He wore a hat, because realistic hair was difficult to portray with 8-bit graphics, a mustache to provide definition to his pixelated nose, and dungarees to make his arm movements more noticeable. In the original Super Mario Bros, he wears a brown shirt below his overalls, a look that was abandoned by the release of the next game.

More recognizable to American children than Mickey Mouse in the 90s, Mario, and to a lesser extent his sidekick and younger brother Luigi, launched a gaming revolution which lives on today as Nintendo’s leading franchise. And we don’t see our favorite Italian plumber going anywhere anytime soon. Happy Birthday, big guy.