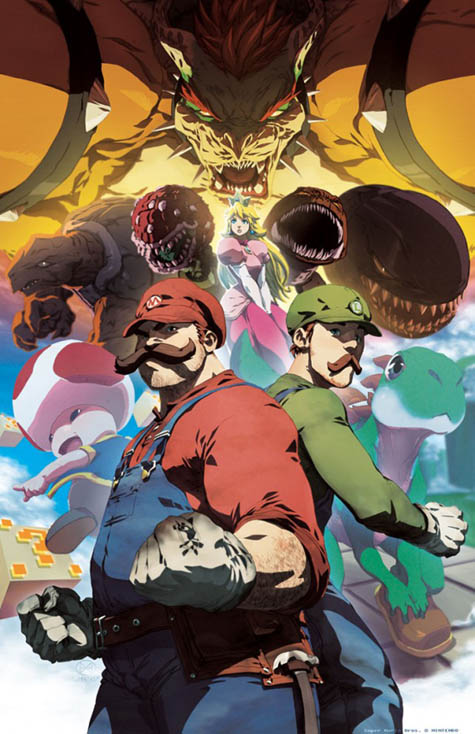 The Japanese surely love their Super Mario Bros. We’ve seen renditions inspired by the more feudal days of Asian culture, but yet the culture clash continues. This time around the Mushroom Kingdom has been anime-tized.

Basically, if Super Mario and Pokemon switched places in some parallel universe, this would likely be the result. This concept might not have been too far off though considering that Mario was developed by a Japanese company. Hell, it was created by a Japanese man. The anime style might have been one of their more viable options.