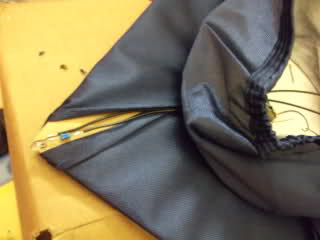 Okay, so in today’s tech-savvy world, we know that basically anything can be hacked. Computers can be hacked to make toast, and a toaster can be hacked to perform SMT soldering. However, nothing beats the innovation displayed by students when faced with oppressive school policies.

A student known only as [Victor] has released a video, showing how he hacked his graduation cap as a rebellious move against his school’s policies. In [Victor]’s school, graduating students are prohibited from adding any sort of decorations or personalization to their graduation wear.

[Victor] hacked his graduation cap so that it would display an infrared message — which is invisible to the naked eye, but can be picked up by video cameras. So, by the time that any school officials pick up on [Victor]’s prank, he’ll hopefully already have graduated. The hack displays the message “Congratulations Class of 2011” in Morse code.

Check out more info about the technical details behind [Victor]’s hacked hat, as well as a video documenting the process here.