Free wi-fi is surprisingly hard to come by across in Europe, so I wasn’t able to post much during my recent trip across the pond. I’ve made it back home safe and sound now so this weekend and next I’ll be posting more of what I saw on my travels. One place I checked out was Seville, an ancient city in Southern Spain that’s always been an important center for arts and culture.

In addition to being the birthplace of 17th century painter Diego Velazquez and flamenco dancing, Seville is the the setting for several operas, a novel by famed author Miguel Cervantes, and the tale of legendary lover Don Juan. Today Seville is carrying on it’s artistic tradition by being home to some of the coolest street art that I saw during my European journey.

There are a ton of incredible graffiti pieces on the walls along both sides of the Guadalquivir River behind the Plaza de Armas bus station: 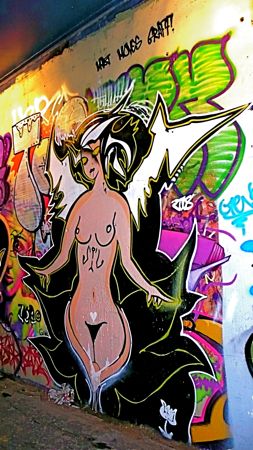 Here’s a detail of a section that can also be seen in the first shot: 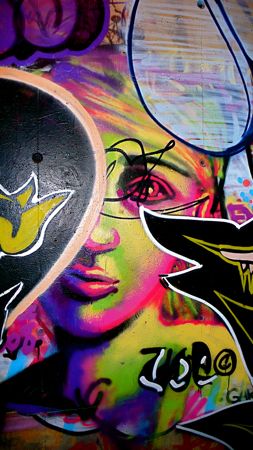 The writing on the wall next to the group of smokers in the right side of this piece says “drogas” (which, for those of you with no language skills, means “drugs” in Spanish):

Seville’s street art scene doesn’t seem to involve much stenciling or paper pasting, but I did see this one cool stencil starring Pope Benedict: 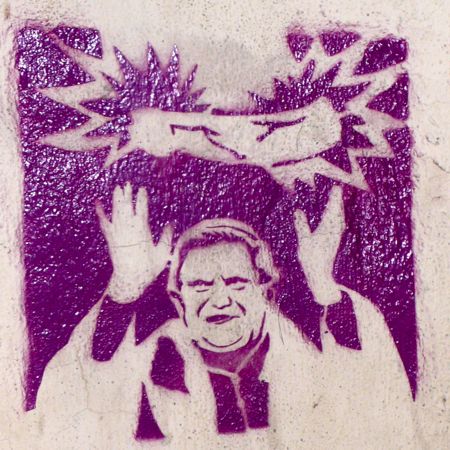