Spy Robots Do Battle In Britain 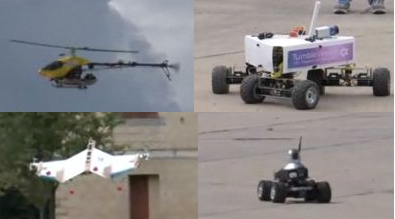 Since spy robots are all the rage these days, Britain’s Ministry of Defence is holding their “Grand Challenge” in England this weekend. Several teams of engineers are taking part in the event, which is dedicated to developing new military technology. The winner of the challenge will receive lucrative government weapons contracts.

Devices being tested at the Grand Challenge must be autonomous and suited for reconnaissance missions. The event has been criticized because some of the teams designing the war machines have members as young as 12 years old.