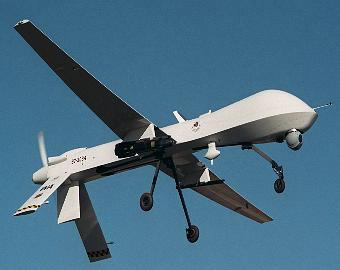 National Guardsmen who pilot Army Predator drones are suffering symptoms of post traumatic stress disorder. Predator pilots launch missile attacks remotely from bases in Texas, Arizona, Nevada, and Southern California. They work in front of video screens in air conditioned trailers and go home to their families every night, but the pilots and their commanders say they are experiencing PTSD just like soldiers on the battlefield.

Predators have recently been outfitted with new higher-resolution cameras. Army personnel say the improved optics force Predator pilots to see graphic images of the impact of their bombings. Missions often require Predators to remain in the air over their targets to observe the aftermath of their attacks. These findings are bad news because the military is increasingly planning to use remote controlled drones for combat operations.