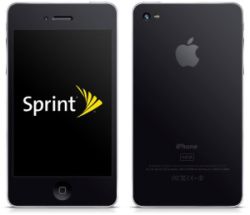 Mobile carrier Sprint has committed to a contract with Apple as part of Sprint’s agreement to carry the iPhone. Over the next several years, Sprint will be obligated to purchase 30.5 million iPhones, which gives Apple $20 billion in sales generated by Sprint alone.

This contract between Sprint and Apple is hardly unique — Apple requires all mobile carriers to commit to purchase amounts as part of their agreements. This commitment helps Apple decide how many components to purchase, and also allows them to make manufacturing projections.

What do you think? Will 30.5 million people buy an iPhone from Sprint over the next four years?