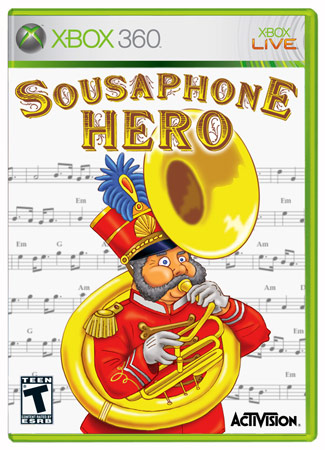 With the success of Guitar Hero, who could have ever expected that Activision would fall downhill so quick. Apparently parody extraordinaries The Onion does. The Onion claims that “despite the catchy 1890’s soundtrack”, Sousaphone Hero has only sold 52 copies.

Choose from an impressive list of Sousaphone virtuosos, such as the Duke of Yorkshire and Constable Trobendeimer, and you’ll be ready for some serious Sousaphone led action. Though the poor sales might be due to the $345 price tag for the game. — Andrew Dobrow