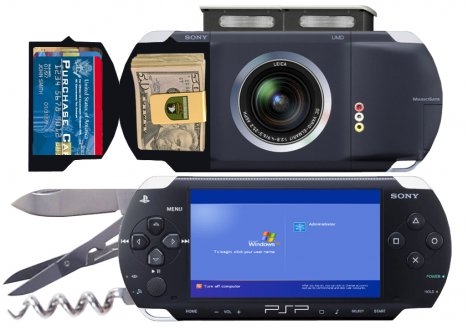 Sony is in quite a pickle. The sales of the PSP are lagging in a bad way with hardware shipments down 72%, and only 10,000 units in the U.S. With those facts in mind, it’s no surprise that retailers have begun to lost hope for Sony’s portable gaming console. Many have even offered Sony an ultimatum. Either lower the price of the PSP, or they’ll not be ordering any more.

With the two year anniversary of the PSP rapidly approaching on March 24th, a price decrease does not seem out of line. A year ago, on its first year, the price was dropped $50. Could we be seeing another decrease of $50 or more? While signs are pointing towards no, another method of warding off retailers might be on the rise. Will there be new color releases? Or could there be a redesigned PSP with the long-rumored 8 GB flash memory? Nobody knows, but something is going to happen. — Andrew Dobrow