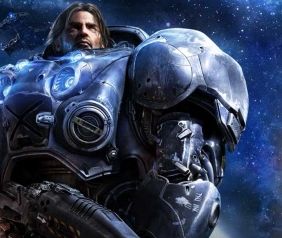 15 years after the release of the original StarCraft, researchers Thomas Targett and Duncan Forgan from the Royal Observatory of Edinburgh conducted a study to determine which race would actually win the ultimate space war.

The researchers watched 500 professional StarCraft matches and determined each player’s strategy and how it impacted the match.

Then they measured the probability of success based on each race adopting each strategy. Further, they plugged all that data into a simulation of a representative portion of the Milky Way and ran it over and over again. Specifically, they ran 100 Monte Carlo Realization simulations, a complex type of algorithm used to analyze highly complicated systems.

The researchers determined during their study that ultimately the Terran race, as long as they put early pressure on the opponents, would have eventually conquered the Zerg and Protoss. Go humans!