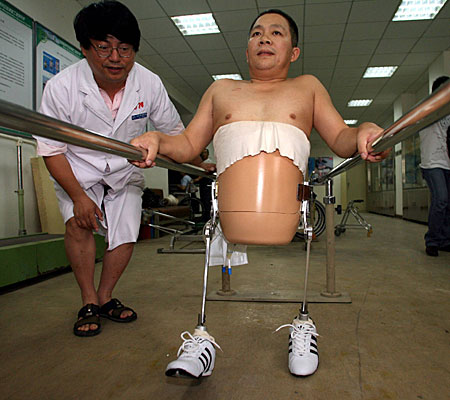 In 1995, Peng Shulin was in a catastrophic accident. As a result of this accident, Peng’s body was cut in half by a truck, and yet, he miraculously survived. After being bed-ridden for over a decade, Peng has been given a second chance at walking with a new bionic suit made by the fine people at the China Rehabilitation Research Center in Beijing.

Using an egg-shaped frame, Peng is learning how to walk again with a whole new device and method, and surely strenuous physical therapy. So, is Peng now more machine than man? It’d also be cool if they added a racing stripe to the suit to make it look less hospital-ly. But hey, that’s just our opinion. 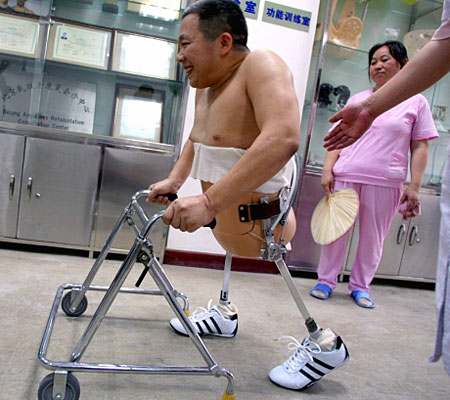