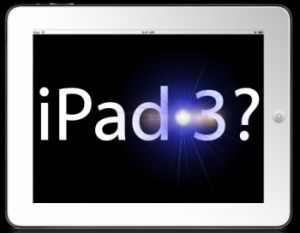 Now that the iPhone 4S has been announced (and released), Apple fans will most likely be focusing their attention on the next update to Apple’s product line — the iPad 3.

According to a recent rumor, the iPad 3 could enter into the production phase by the end of this year. This could mean that an early 2012 release isn’t out of the question — at least if you believe the financial analyst who sparked these rumors.

Since our last month supply chain checks we are now seeing 600,000 to one million iPad 3 builds showing up on the plan for the fourth quarter of calendar 2011.” — Alex Fidacaro, Financial Analyst.

Like any rumor, only time will tell us if this is actually accurate.