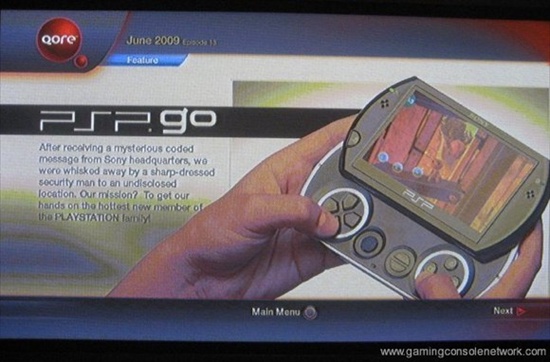 Hey, hey Sony gamers. Looks like the Playstation team has let one slip. Originally scheduled for an E3 unveil, screenshots and video clips of the PSP Go have been revealed early by Qore magazine.

Above you will see the PSP Go in all of its glory in a apparent screenshot from the magazine. There’s also a video floating around of Qore’s Veronica Belmont chatting about the device with Sony’s John Koller. Now, what to do with that old 3000?