Printing out the orbital infrastructure 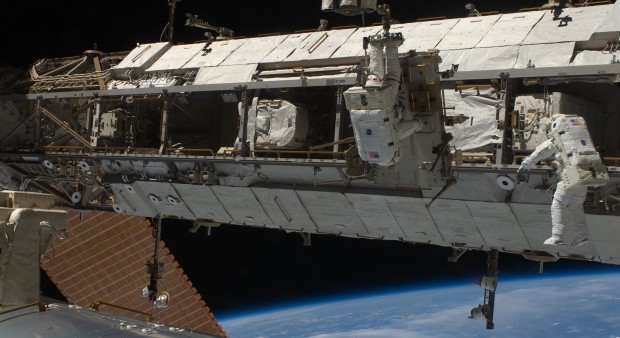 3-D printing is going viral. With 3-D fabrication technology at for the desktop, for LEGOs, and for nanoscale materials, it was only a matter of time before the paradigm found its way into spaceóand corporate science fiction.

Made in Space, a company born in the expensive seminars of Ray Kurzweil’s Singularity University, is attracting investors with the vision of 3-D printers parked in orbit, “printing out” space stationsóand ultimately, colonies on the moon and Marsóusing plastic, metal, or other materials (including lunar regolith and Martian soil) as “feedstock,” reducing or eliminating the need to manufacture space infrastructure on Earth and launch it on expensive rockets.

Despite advances in 3-D printing technology, it’s worth noting that no printers yet exist for infrastructure-scale fabrications on Earthóalthough this road-laying machine from the Netherlands looks promising:

Can you imagine a similar apparatus laying a vast strip of solar cells around the equator of the moon?