Plush Domo Wants To Nom Nom On Your Fingers 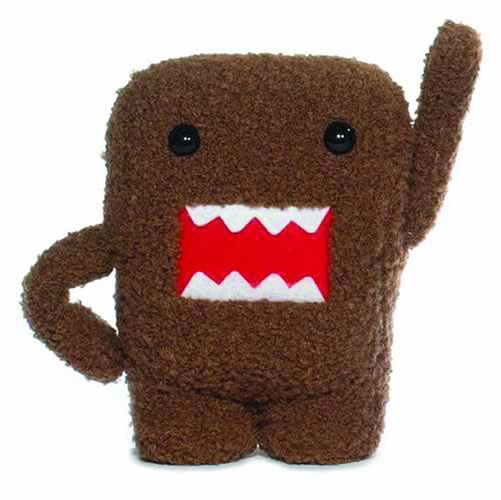 We’ve all seen this little brown creature strewn across the web and thrown onto merchandise, but do you actually know who this character is? In reality, Domo made his debut as the mascot for the Japanese television station NHK. From there, Domo moved into the American market via Nickelodeon, where he appeared in a bunch of short skits, which eventually led to an ad campaign with Target stores and the rest is history.