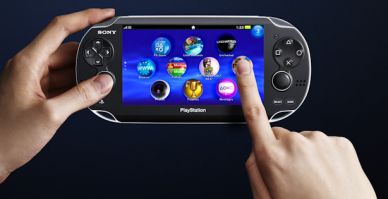 The Playstation Vita already looks pretty slick, with a bright touchscreen display and two cameras. Even though it won’t be released until 2012, many people are already intrigued by Sony’s new portable device. Of course, if you’re really ambitious, you could import a Vita from Japan, where it’ll be released on December 31st, 2011.

Support for Skype, especially, is a big deal — since you could essentially use your Vita as a mobile phone. This depends, of course, on if you get the 3G model or not.

I wonder if Sony is thumbing their nose at Nintendo right now.