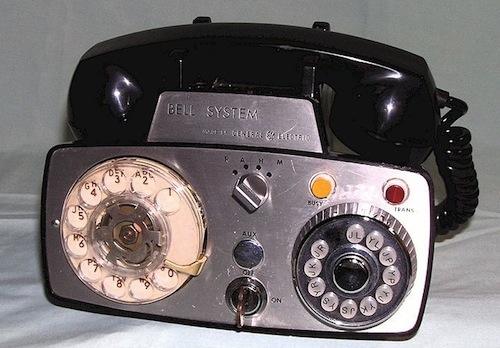 It’s hard to believe, but it’s true. I’d say a hefty chunk of you thought that mobile phones didn’t hit the scene until the 80s, or at the very earliest, the very late 70s, but mobile phones actually existed long before that. In fact, there were well over a million mobile phone users as early as 1964, despite the phone’s weight, size and even more important, the quite substantial price.

The phones ran off of AT&T’s “Improved Mobile Telephone Service” technology, hijacking any radio waves within its vacuum-tubed grasp. These behemoths used so much power that car headlights noticeably dimmed when the phones were in use. That was only 46 years ago. Since then we have landed a robot on Mars, invented the world wide web and crammed a 16 million pixel camera into a palm-sized cellphone.