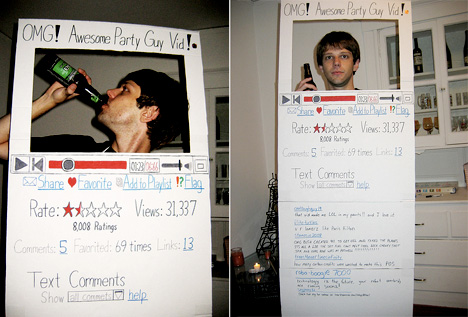 We’ve seen some really cool Halloween costume ideas the last few days, including the iPhone costume and the iPod Ad costume. And look at this! We’ve actually found one not centered around an Apple product.

The “OMG! Awesome Party Guy Vid!” YouTube Costume is very clearly homemade, but isn’t a half-bad copy of the video stats section of YouTube. Though the viewers of the Party Guy vid don’t seem nearly as excited as we are. Only a 1.5 star rating. — Andrew Dobrow