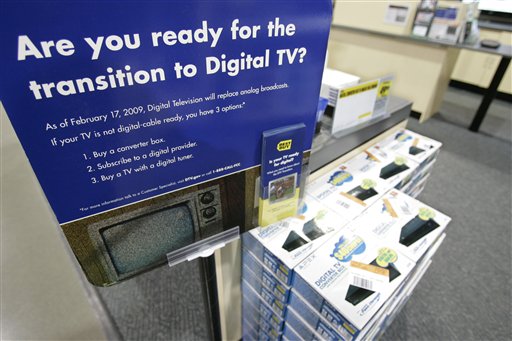 Apparently, some people are still getting scammed into buying converter boxes, even as they are buying brand new digitally-correct LCD TVs. Sure, it’s fun to take advantage of old people every once in a while, but usually only when they are your Grandma and there’s a $20 bill on the line. Here’s testimonial from one such customer’s son-in-law:

They were buying a TV for a new RV and bought a DTV converter box. I told them after they got it that they shouldn’t need a converter because the TV (an LCD) was new. I unhooked the converter box and the TV found the new digital stations fine. They are in a poor reception area where they only get a couple of channels, but the digital ones were very clear.

They still don’t quite believe they don’t need the converter. I wonder how many people were over-sold the converter boxes. I did a fair amount of searching and couldn’t really find much (although there was a glut of general information) about what happens when a converter box is hooked to a new TV. I’m guessing it won’t work too great, but I’d like to see a more in depth analysis.

Either these salesmen are really uninformed or they are simply scamming old people into buying shit they don’t need, in hopes of a higher commission. Either way, get with the fucking program.