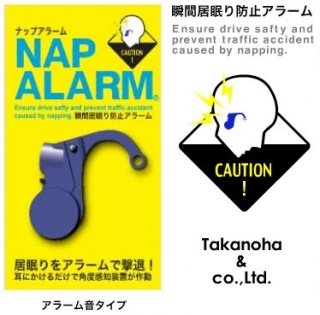 We know it’s hard to keep awake in painstakingly boring meetings, but wouldn’t it be great to have somebody next to you to wake you up when you fall asleep? The Japanese came out with various solutions for that, and one of them is the Nap Alarm. The Nap Alarm looks pretty much like just another headset for your mobile phone that hangs on your ear. The motion/balance sensor would be activated should your head rock forward, presumably losing consciousness, then a loud buzz will be set off directly into your ears and your ears only, so next time when your Japanese colleague suddenly jumps up in the middle of a meeting you’d know why.

If your ears are already pretty deaf from listening to iPod day and night, you can try the vibrating alarm instead, your ears should be sensitive enough. Wink wink. These Nap Alarms are only selling for  $12 in Japan now, and since its release a few weeks ago, they have already been featured on a lot of Japanese TV shows. —Sam Chan