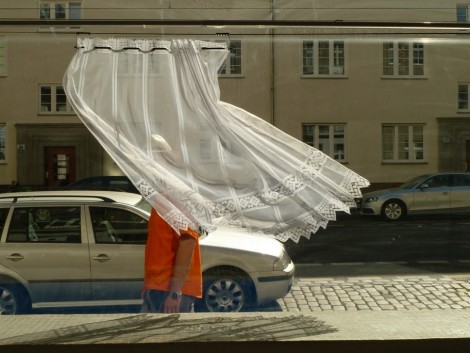 For some people, the easy way out just doesn’t cut it. You could make a good argument that it would have been much easier just to get a curtain that comfortably fit in front of the whole window, or find some blinds that would scare people away. Even a shower curtain would work. But it’s the principle of the thing!

Niklas Roy built the Motorized Window Curtain from scratch, including the corresponding tracking software which not only tracks movement, but anticipates the movements of onlookers. Check out the video after the jump to see the curtain and software in action.