Microsoft’s Kinect is The Fastest Selling Consumer Electronics Device Ever 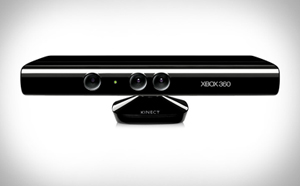 So, it turns out that Microsoft’s Kinect is pretty popular. In fact, it has just entered the Guinness Book of World Records for having the fastest selling consumer electronics device in… well, ever.

In the first 60 days of the device’s release, the Kinect sold over 130,000 units per day. Every day. That comes out to over eight million units sold in two months. That puts it ahead of the iPad, iPhone and… well, everything. That’s why it’s been named the fastest selling consumer electronics device of all time.

According to Gaming Editor for Guinness World Records, this achievement is truly spectacular.

The sales figures here speak for themselves. According to independent research, no other consumer electronics device sold faster within a 60-day time span, which is an incredible achievement considering the strength of the sector.

Kinect is a wonderful piece of hardware, but right now the selection is somewhat lacking. In fact, apart from Dance Central, I can’t think of a single game for Kinect worth having. Of course this will change as more games come out, but even if you don’t have any interest in any Kinect game, the motion gestures for your Dashboard are well worth the price.