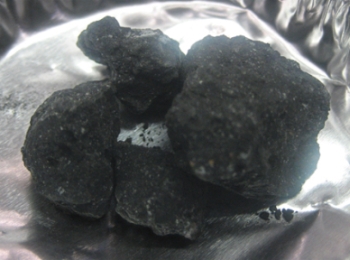 Perhaps you remember the remarkable discovery some time ago, that amino acids were discovered on space rocks. However, scientists have now made an even more exciting discovery, one that could change the way we think about the “beginnings” of life on this planet. Over a dozen meteorites were discovered to contain “life-related chemicals”, which is being called the strongest evidence that meteorites could have spawned life on this planet.
Essentially, these chemicals are “DNA building blocks”, which could have kick-started the evolutionary process here on the blue planet. The chemicals found on these meteorites are extremely rare on earth, which makes scientists think that the meteorites originated in deep space.
Take that, creationists.
Link
amino acids dna dna building blocks DNA research earth evolution evolution of life meteorites space exploration 2011-08-11