This, ladies and gentlemen, is the first image ever obtained of the surface of Mercury by any spacecraft to establish orbit around the planet: 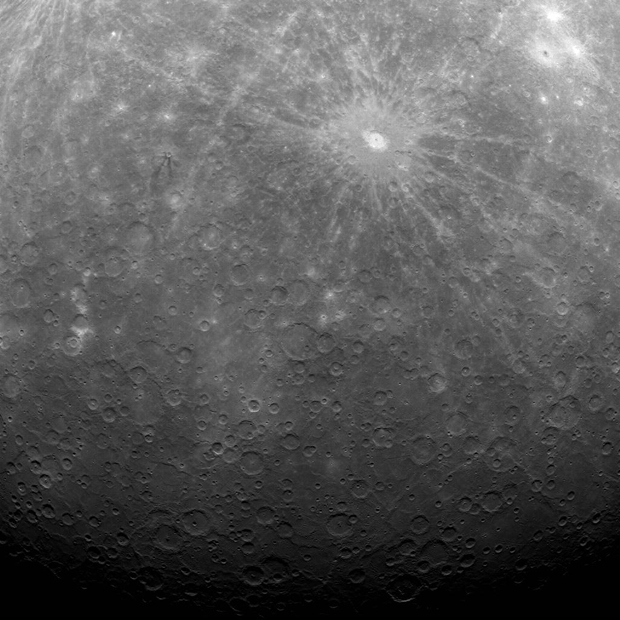 The MESSENGER spacecraft is the first satellite to ever establish an orbit around Mercury, which is the planet closest to our sun and incredibly hot. While the above image is the first of Mercury, it is far from the last. NASA has released many more images from MESSENGER, and promises that hundreds — maybe even thousands more images are coming.