MCE Tech. releases a Blu-ray burner for your Mac Pro 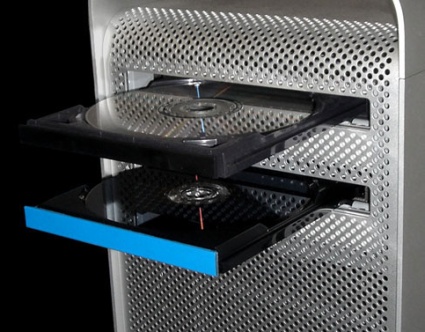 How badly have you Mac users wanted to have your very own Blu-ray burner? No matter, you can do it now. MCE Technologies has released a $699 Blu-ray Internal Recordable Drive so that you can use a disc instead of an external hard drive. One nice thing is that if you happen to want the Blu-ray burner but you think that you’d also like to have a regualar CD and DVD burner, this drive is backwards compatible. For every drive you buy, you also recieve a copy of Toast 8 Titanium as well as a 25GB Blu-ray (BD-RE) rewritable disc. And just look at the picture, it looks cool too! Still, $700 is a killing…