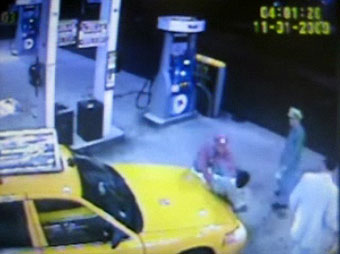 This might just be Mario and Luigi’s attempt to get their name in the papers only days before the release of the new Super Mario Bros. Wii game, but apparently the two plumbers were spotted assaulting a NYC cab driver.

Don’t get too discouraged quite yet, your two favorite plumbers still might have a chance. Number one, the attack was on Halloween, so it might not be the REAL Mario and Luigi, but perhaps the work of two impostors. The fact that it happened in 4D also lends credibility to a fake. A third man, who was wearing a tuxedo, is also being sought. No mention of if they were packing mushrooms at the time of the incident.