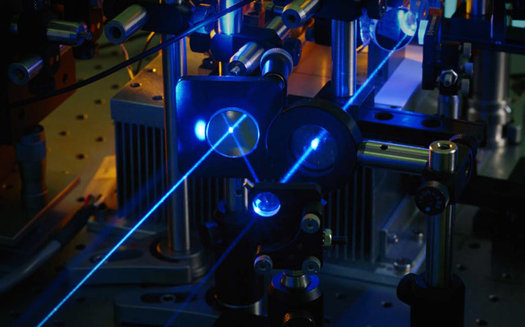 There have been proposals in the past to incorporate laser weaponry into warfare. But up until now, there had been no practical solution for making a laser weapon small enough or powerful enough to actually use in the field, unless we ever happened to be battling cats. Then we’d be set. Finally, Lockheed Martin might have stumbled on the secret to energy weaponry with a process called Spectral Beam Combining.

By using an inverse prism, developers were able to combine multiple lasers of different wavelengths into a combiner, which focused all of the energy into one steady beam with the help of fiber optics. In the past, combined beams were impossible to be manually merged into one near-perfect beam, causing a serious lack of range. Spectral Beam Combining leads to a stronger beam with a much further range. So far Lockheed has been able to create single fiber beams producing over 100 kilowatts of power. A decade or so down the line, give or take, soldiers could be laying down the law with laser beams.