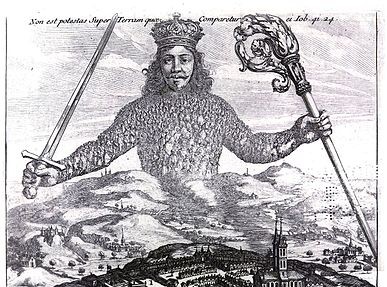 The problem with the Web is simply this: The Web is not really designed for anything. The structure of the Web is characterized by its interconnectivity, and that depends on how individual sites choose to connect to one another. The Web’s large-scale interconnectivity isn’t designed by engineers, and it is also not a consequence of selection mechanisms capable of implicitly leading to anything one would call “design.” Selection does happen, but at the level of the individual sites within the Web, not at the level of the entire Web.

—Mark Changizi, cognitive scientist, in a SEED post entitled “The Web Is Not a Gadget.” Writing in qualified support of Jaron Lanier’s thesis, expounded in the book You Are not a Gadget, that the Web is destroying human creativity by promoting collective behavior, Changizi says in effect that we can’t expect anything better.

As for the eventual evolution of the Web, Changizi cautions us to be careful what we wish for; evolution doesn’t result in desirable outcomes for previous generations (read us, Homo sapiens, the wetware Web in beta). And in any case we’re making a categorical error, he asserts: for evolution, you need competition. And The One Web can’t compete with itself:

If there were, say, many functionally distinct Webs, and they competed with one another over time, with some growing and some dying, Web selection would be possible. The surviving Webs might well end up exceedingly good at some things. But that’s not happening. And even if it were, there’s no reason to expect that the surviving Webs would be selected to fill the creativity gap that humans left open. It’s more plausible that they would be selected to minimize the time taken for consumers to find products—to be efficient shopping mechanisms, not mind-like entities at all.

I’m not sure this last point is true, though. If the Web is an individual member of a genus, the genus Internet; of that genus, there has been more than one species. The World Wide Web has in a sense outcompeted previous Internet species: Gopher, usenet, the BBS model, OSI, a host of packet-switching protocols and network designs… some died out, while other adapted by exploiting hidden, hardened niches, the equivalent of information extremophiles. Throw all the legacy systems into the paleontology of the network, from landline telephone systems and rural “squirrel line” networks running on barbwire fences, to telegraphs, to railroads and clipper ships, the printing press and the public sphere… the good old WWW is indeed caught up in a serial ecosystem bearing the traces of evolution. And maybe we can see the tiny mammals, in the form of the app world and the Internet of Things, already scampering about at its lumbering feet.

So if the Web does evolve. But does that put us back in the natural-selective crosshairs spied by Jaron Lanier? I’m not sure our fate is necessarily so bleak—or anyway, that it’s any more bleak than it ever has been.

It’s worth going back to Changizi’s earlier point quoted above: the Web is not a gadget. It’s a dynamic human arrangement, ineluctably social and historical; no matter what powers our metaphors seem to grant, it remains both energized and limited by the fibers out of which we’re woven. Valences and metaphors change; in the Enlightenment, it seemed to the philosopher Thomas Hobbes that liberty could only be ensured if members of a community surrendered a significant portion of their individual autonomy, the naked face of which was a war of “all against all”; we got our liberty by giving up our freedom, domesticating ourselves, becoming a little bit more drone-like. The notion was captured in the famous frontispiece to Hobbes’ book Leviathan, which shows a Borg-like collective of modern drudges come together to form a composite figure of towering energy: the sovereign. It’s as if people at the start of the Enlightenment were tired of freedom, tired of the existential fear that comes from always having to face the power of others naked and alone. It was for want of rights and liberties that we bound ourselves into networks.

The Web, like the modern life that dawned in Hobbes’ time, can indeed be coarse, sentimental, craven, herd-like. It’s wonted guarantee of liberty can ring hollow, as Evgeny Morozov argues in his new book, The Net Delusion. And yet we can also stand apart from it a bit, learn to hold it lightly. Indeed, the Web is not a gadget; civil society never has been. Utopia is no more a baked-in property of TCP/IP than it is of the U.S. Constitution or the Napoleonic Code. Utopia is a style, a way. (It’s possible, after all, for members of a domesticated species to turn feral; what’s the feral Web look like?) Utopian stylings, its modes and moods, are flickeringly visible on the Web. When the Web goes the way of the dinosaurs, may the utopian style still thrive on the back of whatever rises to takes its place.