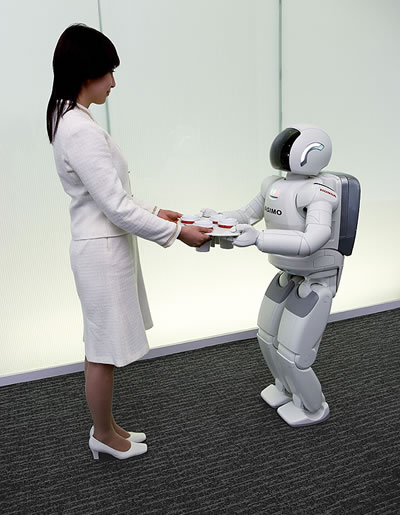 In Issac Asimov’s Robot series of science-fiction novels, a recurring theme through out the books are the fictional three laws of robotics

The Japanese Ministry of Economy, Trade, and Industry has drafted a document entitled “Draft Guidelines To Secure The Safe Performance of Next Generation Robots”, which is focused on convincing the Japanese government to convene a group of industrialists, academics, lawyers, and ministry officials, to produce stricter laws over the development of advanced robotics.

The document is drafted with the hopes of limiting the risks to humans in future world where robots are depended upon for many daily activities. The guidelines would include a limitation that all robots be installed with logging systems to document any injury they’ve caused to a human. — Andrew Dobrow