Most Influential Art Cities of the 21st Century 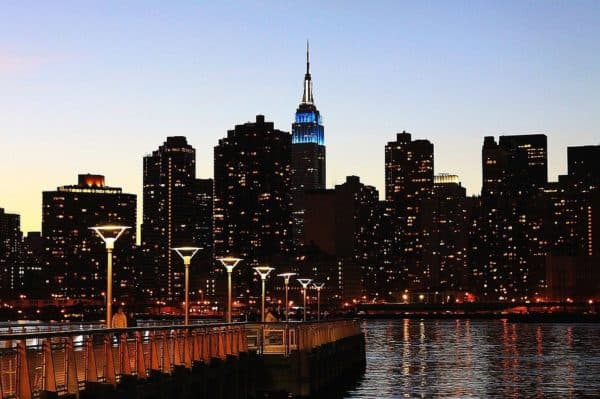 Art is an application that can be enjoyed by anyone and everyone; a form of expression that can, and will, appear across numerous platforms, and transcends all rules and expectations. From paintings, photographs and murals, to sculptures, crafts, installations and mixed-media creations, art is in the eye of the beholder, and it can be found almost anywhere. One of the most amazing things about art, though, is its ability to inspire those around it, and whether an audience is appreciating a portrait hastily sprayed onto a sidewalk, or gathered in front of a landscape painted by one of the great masters, art is art – and it’s breaking out of the box.

Welcome to the world of influential art

The art world is a vast and varied one, spread across every country imaginable. Some places, however, are more universally recognized when it comes to their influence than others, and these are the destinations most frequently visited by art students – those in search of a little inspiration of their own, or anyone simply curious as to what art is. The cities listed below are considered to be some of the world’s most influential, and they’re waiting to be explored.

If there’s one thing that New York City does well – and, let’s face it, there’s actually rather a lot it gets right – it’s art. The city is teeming with art galleries, installations, private collections and examples of street art, and enthusiasts need never venture far before they stumble across something more inspiring than the last. New York City boasts The Metropolitan Museum of Art, the Museum of Modern Art, and the Guggenheim Museum, as well as some spectacular examples of street art such as the Bowery Graffiti Wall and the Audubon Mural Project. Renowned and up-and-coming artists alike are celebrated in the shadow of this vibrant city, while New York’s spectacular array of accommodation provides comfort and convenience between awe-inspiring encounters.

Paris is art, and it’s renowned for being Europe’s longtime home of culture, artistic inspiration, and much more besides. While galleries and museums such as The Louvre, the Musee d’Orsay, the Pompidou Center, the Orangerie Museum and the National Museum of the Renaissance are all known and beloved by students of art history, fellow artists and appreciators alike, it’s the homes of modern art that are often the real gems of gay Paris. Take Espace Claude Berri, for example, which stands as a testament to the talent of the late movie director and producer, or Fondation Cartier pour l’art contemporain, a glass and steel giant that showcases works and installations by a variety of new and established artists. The streets of Paris are swarming with artists; it’s simply a case of knowing when to open one’s eyes. Luckily for its visitors, the streets are easy to traverse, while hotels range from basic B&Bs to boutique inns. There has never been a better time to descend on this artistic haven.

Often considered more of a beach holiday location than a place in which to absorb the arts, Miami nonetheless has a long and illustrious history of inspiring and influencing great masterpieces. Indeed, Miami Beach is home to the world’s largest art exhibition, Art Basel Miami, which brings together amazing new talents and established artists in a celebration of color, vision, and texture. From paintings and drawings, to sculptures, installations and photographs, Art Basel has something for everyone, and draws huge crowds during its run each December. In addition to the excitement of such an artistic feat, Miami also boasts the Perez Art Museum, the Fredric Snitzer Gallery, and the Emerson Dorsche Gallery which celebrates the rich cultural history of the city via multimedia and more traditional artistic pieces. Miami’s association with art is indeed deep-seated, and it’s just as well that the city is so blessed with Miami vacation rentals, so that visitors can stay and admire a while longer.

Known as the art capital of Latin America, the Sao Paulo Biennial is the second-oldest art biennial after Venice, and home to some forty galleries that document the talents and works of both emerging artists and established masters, as well as a variety of museums in which the city’s culture and past can be explored. The Museu de Arte Moderna is a wonderful showcase of contemporary Brazilian artwork, while its garden boasts some 30 sculptures that must be seen to be admired. The Choque Cultural, on the other hand, offers outstanding examples of local emerging talent that won’t be found anywhere else, and Zipper Galeria provides a varied, international platform on which some of the country’s brightest stars can shine. This Brazilian city’s streets bustle with people, and it’s easy to be swept along in the moment. Visitors must remember to embrace the culture all around them, though, and to never let a moment pass them by.

Of course, art’s influence stretches far beyond any of these cities, and can never truly be tied down to any, single location. That said, as long as locations such as this exist, the world will be a far richer and more colorful place, filled with inspiration and a dozen avenues of exploration.