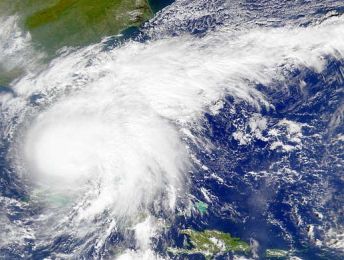 As you’ve probably heard, hurricane Irene is on its way to slam the east coast. Of course, major news networks are advising everyone to panic, since Irene could ramp up to Category 4 by Thursday (currently Irene is Category 3).

By comparison, hurricane Katrina was a Category 3 hurricane when it hit New Orleans.

Of course, it’s hard to tell when there’s actually a danger from something, and when the news is blowing it out of proportion. Either way, probably best to play it safe.