Humans Will Need Two Earths by 2030 Set the lasers for consume. According to the Living Planet Report, if humans maintain their rate of resource consumption, we’ll need the capacity of two Earths by the year 2030. The report states that human demands on natural resources have doubled in under 50 years, far outpacing what the Earth can provide. In fact, if everyone on Earth today lived the typical Western consumer lifestyle, humans would need 2.75 Earths, like, right now.

Humans aren’t the only species feeling the wrath of an outstripped Earth. The population of species has fallen a net total of 60% in three decades. The study examined 8,000 populations of 2,500 species and studied the change in land use and water consumption internationally. We better find a livable planet sooner rather than later or I can totally see us all dwelling in some apocalyptic underground civilization a la Demolition Man. At least we should seriously be exploring alternative energy methods.

Top 9 Sites Like YesMovies For a Seamless Movie Streaming Experience 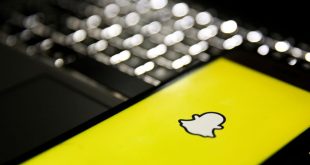