How To Make A Cyborg: Contents Needed – A Few Cardboard Boxes, Stilts, 1 Human 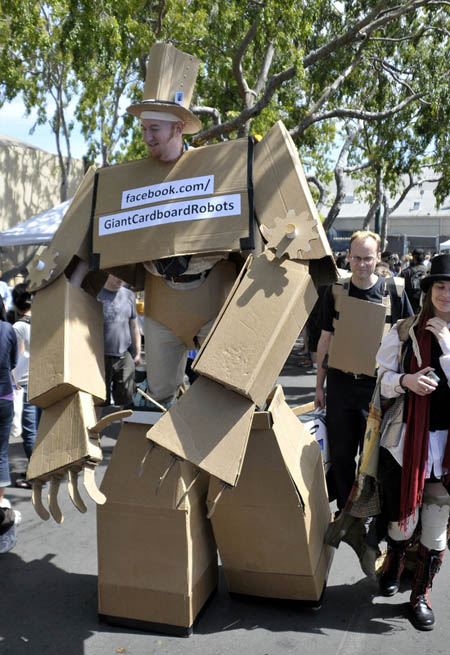 When adults used to ask me what I wanted to be when I grew up, typically my answer was “a robot.” Sure, depending on who was asking there were a few times I stuck in a “I want to be just like you!” or a snide “I aspire to be the greatest hobo that ever lived,” but more often then not, my dreams of becoming a robotic entity were pretty well known.

Jason Lentz’s Giant Cardboard Robot project allows us mere humans to aspire to something greater. Oh, to be young… and a robot.