How the President, Celebrities and the Internet Are Mourning Steve Jobs 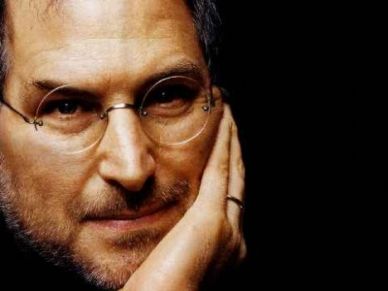 Since the news that Steve Jobs passed away this past Wednesday, the reaction from the world has been nothing short of incredible. Mere hours after I heard about it, I received a tearful phone call from my cousin at college, who talked of a 500-person candlelight vigil on campus. There were post-it notes with “Thank You Steve” plastered all over the Apple Store. Thousands of tribute photos and galleries have appeared on the internet.

President Barack Obama may have summed it up pretty well: “There may be no greater tribute to Steve’s success than the fact that much of the world learned of his passing on a device he invented.”

Thousands of articles about Steve Jobs flooded the internet, commemorating his life, sharing his accomplishments and recognizing his impact on the world. Celebrities, internet personalities and bloggers all seemed to be joined by a collective consciousness, sharing their grief at Steve’s early passing.

You might remember when Princess Diana died, the world mourned in the available avenues of the time. However, what’s unique about Steve Jobs is that he has left behind a physical legacy, something we can hold in our hands that he created. Steve Jobs wasn’t a celebrity — at least, he didn’t attempt to be one. He simply had a vision for something to be created, and he went ahead and did it. Even if you’re not an Apple fan, you have to recognize that Steve Jobs may have been the first person to make it “cool” to be a gadget nerd.

When I was 17, I read a quote that went something like: “If you live each day as if it was your last, someday you’ll most certainly be right.” It made an impression on me, and since then, for the past 33 years, I have looked in the mirror every morning and asked myself: “If today were the last day of my life, would I want to do what I am about to do today?” And whenever the answer has been “No” for too many days in a row, I know I need to change something.

Remembering that I’ll be dead soon is the most important tool I’ve ever encountered to help me make the big choices in life. Because almost everything — all external expectations, all pride, all fear of embarrassment or failure – these things just fall away in the face of death, leaving only what is truly important. Remembering that you are going to die is the best way I know to avoid the trap of thinking you have something to lose. You are already naked. There is no reason not to follow your heart.” — Steve Jobs

Check the source link for some inspiring commemorative tributes to Steve Jobs from around the web.