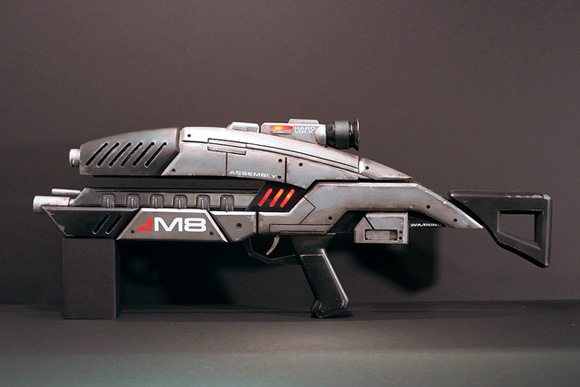 Using mostly various household products and scraps, Volpin Props created this awesome replica of the M8 Assault Rifle from the only game in recent history that features a lesbian alien-human sex scene, Mass Effect. Mostly composed of scrap parts, MDF board, PVC pipe and LEDs, Finally you’ll be able to test for your self just which game’s weapons are superior, Fallout 3 or Mass Effect.

Volpin Props points out that his initial design had a considerably larger amount of dirt and scuffs, but reduced the poor hygiene when he received the comment “I don’t think I’d trust the fate of the universe to someone who doesn’t know how to clean their gun.” Point taken. Now the filth is well balanced enough to look well-used, but cared for. 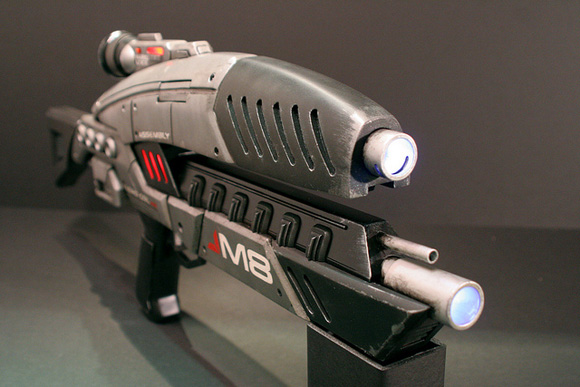 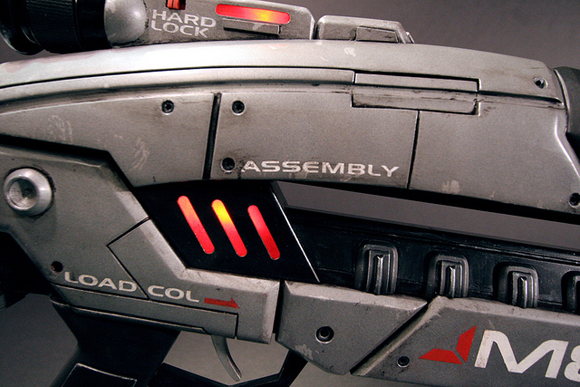