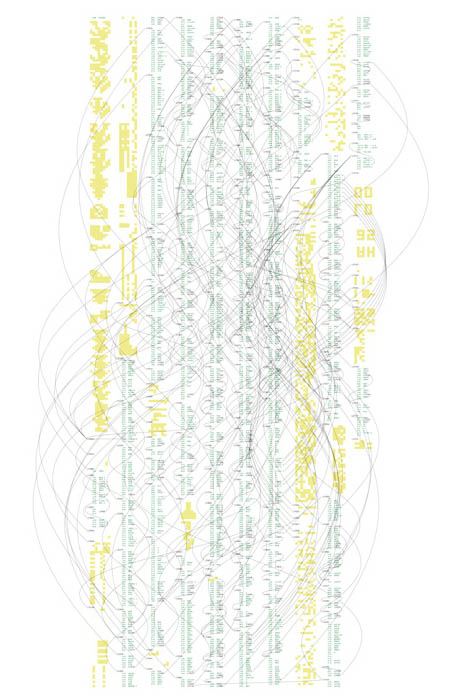 Much like any other game console, Atari cartridges contained executable code along with corresponding data. Much of Atari game code is in the language of mathematics – if x is true, go to y. In this visualization of the custom Halo 2600, a adaptation of Halo for the Atari 2600 we’ve posted about in the past, each time there is a “go to” mathematical query in the programming, a curve is drawn to intersect the corresponding destination.

A byte of data, rather than of code, is illustrated with orange/yellow blocks, a single dot for zero and a block as 1. Each row is eight elements long, representing a single byte. When a series of bytes are seen as rows, the image can be seen in its entirety. 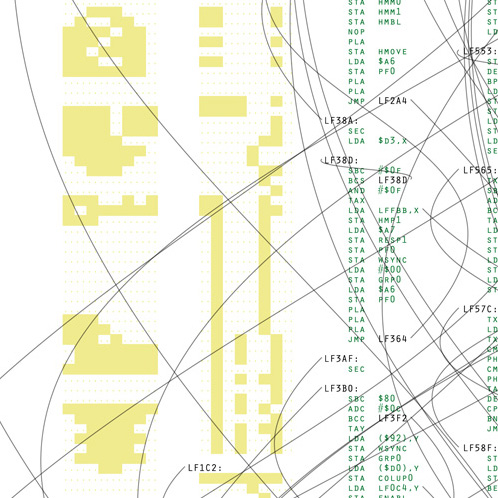