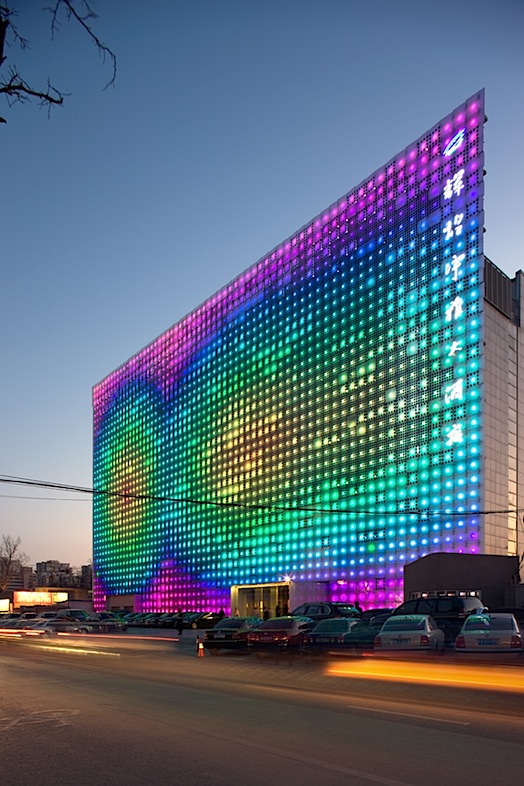 Excitement is mounting about the Olympics in Beijing. Some pretty extravagant arrangements are being erected (LOLz, erect) to show off Beijing’s growing environmental friendliness. The Greenpix Zero Energy Wall stands at the Xicui entertainment complex near the site of the Olympic Games.

The Greenpix wall uses a combination of the largest color LED display technology with a photovoltaic system, which allows the wall to burn only the energy it produces itself. The big ass wall is planned to go live at some point this month with a bunch of video installations and live performances by artists from China, Europe and the US planned after its launch. Hit the jump for a video of the wall in action.