Five Emerging Technologies your Business needs in the near Future

Digital transformation is no longer a nice-to-have strategy for modern companies – it is a necessity. Those that struggle to keep up with the march of emerging tech risk falling behind, and with AI, 5G and blockchain set to power the businesses of tomorrow, failing to make changes could be disastrous in the long term.

Don’t worry though – you still have time to get on board. If you are looking for inspiration or advice, tech expert Bill Malloy is well-versed in the power of disruptive tech as he has invested in a number of fast-growing tech firms. As a founding general partner at Sway Ventures, Malloy is always focused on providing the support and plans required to drive new product development.

Now is the time to make changes, then, and here are five tech areas you should focus on in the near future.

Edge computing was a buzzword derived from cloud computing, but it has since evolved into a new form of IT where data and storage are located closer to where they are required, rather than on a network of different servers. With connectivity and data being at the core of many business tasks, edge application services aim to optimize the movement and storage of data to support better latency and reduce bandwidth and transmission costs.

These are all benefits from operating at the ‘edge’ of cloud computing networks. Rather than deploying complete on-premise solutions or working with large-scale cloud providers, more companies are leveraging small-form micro data centers for applications that are business-critical. The edge computing model can be complemented with standard cloud solutions for general tasks for a cost-effective, energy-efficient and high-performance infrastructure.

Ultrafast mobile networks are now entering the mainstream with new smartphones, including the Samsung S20 series set to support 5G. The implications for business are considerable as, for the first time, mobile networks may deliver faster speeds than many of the wired connections that support IT. All four wireless carriers in the US turned on 5G in some form in 2019, and more comprehensive rollouts are expected in 2020.

Enterprises should consider how faster mobile may impact and improve business processes. The increased bandwidth, for example, can support the Internet of Things (IoT) and make it easier to implement AI and automation. Autonomous vehicles, which are used in the logistics department, will be able to collect and transfer masses of data at a rate not viable before, which could lead to further improvements to smart machinery in the workplace.

Extended reality (XR) is a term that covers many of the advances in immersive tech, such as virtual reality (VR) and augmented reality (AR). VR is the most developed in this tech family following the launch of headsets including Oculus Rift and PlayStation VR in the late 2010s. Business applications for VR are evolving and a number of companies are now using headsets as a basis for training courses and simulation. These headsets also offer the potential for more personal interactions with customers, which could transform after-sales and support services.

In addition to VR, AR and mixed reality (MR) are also expected to come to the fore in the 2020s. AR and the overlay of digital objects in real-world situations using mobile apps and displays could help to create more immersive business meetings and presentations, and aid group-based tasks in the workplace. MR builds on AR by placing digital objects before our eyes, which can be interacted with, something that can aid training and has potentially valuable business applications.

It is likely that most people have heard of cryptocurrencies such as bitcoin (BTC), but the tech behind it, blockchain, is still an unknown for 63% of senior executives, according to a recent survey by Cointelegraph. Blockchain is a decentralized digital ledger containing information about transactions that is distributed over a huge network of computers. It is open, transparent and secure.

Companies looking to incorporate blockchain tech during the next few years stand to benefit in a number of ways. It will support ‘smart contracts’ to lower the cost of everyday financial transactions, build more effective supply chain communications, and, perhaps most importantly, ensure trusted, shared access to data. Blockchain has many business-use cases and stands to improve processes in manufacturing and health care among others.

In order to prepare for the arrival of blockchain, experts recommend evaluating your current tech to determine how you could benefit from times when information crosses trust boundaries and looking at how it can help customers and clients before learning more about it and developing a solution that takes advantage of its potential.

If you haven’t already incorporated AI or automation in some form, then you are probably behind the curve and need to play catch-up. AI is not a new term, but the 2020s will see AI support more and more of business tasks, especially as companies become better equipped at putting the big data it has amassed to work. AI will soon be able to support facial recognition, speech commands and effective computing without any input from humans.

There will also be a move to AI as a Service as companies look to use AI to streamline and optimize operations and overhaul customer experiences to meet growing demands. There will be a greater adoption of AI in the coming years, which is likely to lead to more diverse and tailored applications for almost every viable business-based task.

To conclude, you should always be looking at ways to incorporate all of this new tech to improve your business. However, rather than merely implementing it because it may have some use, instead focus on how it can really add value and revolutionize your work processes.

Key Ways to Keep Cybercriminals from Accessing Your Blog 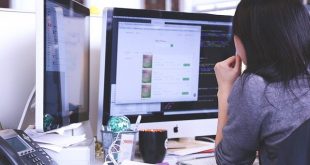 Tips for Settling Back into the Office 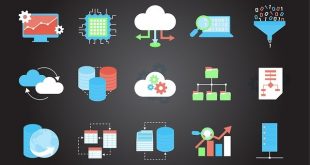