We knew anatomy could be gorgeous, but this is beyond anything else we’ve ever seen, and it’s guaranteed to be something you haven’t seen, being the first 3D image of a brain’s connections.

Van Wedeen, a Harvard radiology professor, is awestruck: “We’ve never really seen the brain – it’s been hiding in plain sight.” Conventional scanning has offered us a crude glimpse, but scientists such as Wedeen aim to produce the first ever three-dimensional map of all its neurons. They call this circuit diagram the “connectome”, and it could help us better understand everything from imagination and language to the miswirings that cause mental illness. But with 100 billion neurons hooked together by more connections than there are stars in the MilkyWay, the brain is a challenge that represents petabyte-level data.

Photographed above is the 3D image of an owl-monkey’s brain.

How can you view Instagram Photos in Full Size? 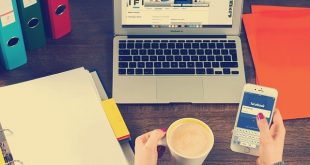 How to Delete Shared Photos on Messenger?