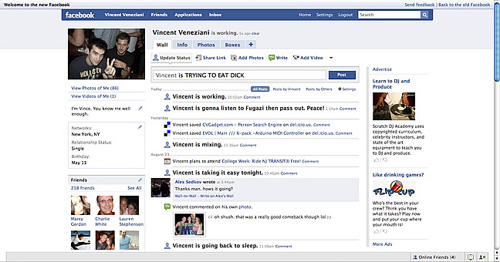 If you’re a Facebook user, you’ve probably noticed the new layout by now. While it has plenty of flaws, overall, it really helps blend the site together properly. A lot of my friends tend to not agree with me and switch back to the old version but soon they’ll be shit out of luck. Come September, Facebook will permanently switch over to the new layout. Says a Facebook exec:

That’s not a good sign, so we’ll see what kind of chaos takes place next month when everyone is struggling to update their status. Personally, I think if you play with the design and UI enough, you’ll enjoy it. At least Facebook has instant messaging down pretty well.

5 Uses for Brass in an Art Studio